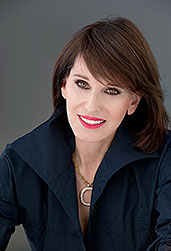 Recently we were talking about Modern Design, and we thought it would be good to continue the conversation more specifically focused on Sarasota itself and the “Sarasota School”.   It is interesting to recall that this “modernism” is now more than 50 years old!  While that is certainly true, it is also true that as one drives around Sarasota and occasionally sees the houses and buildings from that time, they retain a freshness and originality that is still stunning and inspiring. 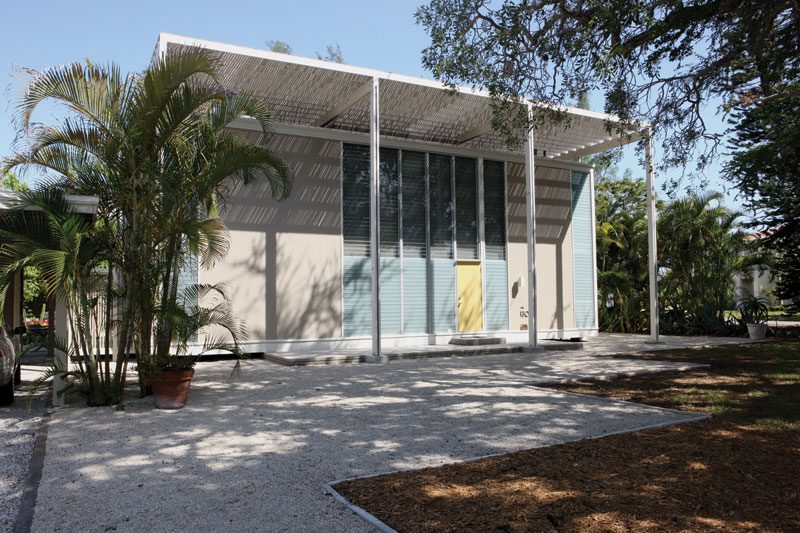 These people were looking for a place that would provide shelter and comfort, but also embodying a spirit of the times.  The world was seeing an emergence from the Depression and a new optimism was growing.  They wanted a fresh vision, something new and original.  And there was a small group of talented, energetic and artistic thinkers who had also found Sarasota and were welcoming them with their new ideas.

Among these, (we will focus this mostly on Paul Rudolf and his group) was a young architect who was starting his career.  He was bright and creative, but young and inexperienced.  He found employment with another architect and builder, Ralph Twitchell.  Twitchell provided the young designer the guidance, experience and mentoring that served him well for many years.  Rudolf became the creative force in the office, while Twitchell had the marketing, construction and office administration facilities already in place.

In the later 30’s and early 40’s these two started to put Sarasota on the national map of places of architectural interest.  Their houses and buildings became published in the national press.

One of their notable contributions was a spirit of experimentation and innovation.  Some of the houses are still standing and provide a great lesson in accomplishment of spacial modulation, respect of sunlight - both access to daylight and acknowledgement of the harshness of the midday sun and heat, and the use of natural ventilation.  These were the days after all, before residential air conditioning.

One of our favorite houses, as an example, is the Umbrella House.  While the name still sticks, the “umbrella” sadly is no longer in place.  Located on Lido Key, it is really a modest house, of simple means, but great result.  The exterior is paneled in vertical slats of cypress with outlines of white-painted wood trim.  The street facade is a two-story exercise in restraint.  It is solid on the left and right sides, with tall windows on each end, and a series of elegantly tall glass panels in the center, punctuated by the entry door.

Once you enter you are awed by the large central volume of space which wraps around you.  The stair to the upper level and balcony overhead is immediately on your left, but your view is compelled forward through the house and out to the terrace, pool and pavillion beyond.  The far wall of the central living space is all vertical glass panels and a series of glass doors opening out.

What is really clever and the main concept of the house is a free-standing “roof” structure that stands over the house and provides a visual and conceptual framework under which the house sits - the “umbrella”.  Upon this framework a series of rafters and horizontal boards used to provide dappled shade and a marvelous sense of enclosure and protection.  The original wood has since been lost to age and moisture, but one’s imagination can re-construct the framework and give one the feeling of what was a dramatic gesture and surely welcome relief from the harsher aspects of the elements, shading the terrace and especially the roof of the house, dramatically reducing the heat onto the structure.

The rest of the interior of the house is modest by today’s standards, but provided a serviceable and comfortable habitation.  A master suite was at one end on the first floor, with the kitchen/dining area at the other.  Upstairs are two matching bedrooms and baths, with some ingenious detailing, such as the cantilevered dressers with extend into the upper levels of the living room.

The developments that Rudolf embodied, continued as the 50’s progressed; they could be summarized by an enthusiasm for trying new things.  The Second World War had brought new materials and technologies and Rudolf and others were anxious to try their hand at creating new forms and methods.  Their goals were to capture the light, make open and airy living spaces, having flowing access to the outdoors, using new materials - plywood and plastics, using tried and true materials in new ways - concrete and the handsome local lime block.

Of course, Paul Rudolf was led to other commissions as his career and talent became well known.  Many residential projects were built here, and quite a few remain.  He designed two high schools in the area, one of which we have now sadly lost.  And he has a few commercial projects still standing as well.

During this time he also received commissions for the US embassy in Amman, Jordan as well as speaking engagements in South America for the State Department.  His career soon propelled him to head the department of architecture at Yale University, not only teaching and heading the school, but also designing its landmark brutalist building that was an icon for its era, matriculating if you will, not only from Sarasota, but from the style and milieu that he was seminal in helping create.

While the Sarasota School is now considered a point of time, now long ago, the legacy is a living one.  We can admire the remaining examples of that original core group, and also honor the continuum of modern design by architects and designers now practicing in Sarasota.  There are certainly some notable and remarkable talents still at work in our (now not so little) town.  One doesn’t need to travel far to see some interesting and “edgy” designs that still proclaim a unique and personal vision of contemporary design.  Stark, planar, angular, strong, colorful and daring are words that evoke some of these more successful projects that are found in our landscape and enrich our community.

Variety is the spice of life, and our stew is nicely seasoned here in Sarasota with designs modern in the past and contemporary in the present.